Thoughts From My Camera A place to share a few of my photographs.

Another walk with Roger and another lovely area of coastline that we haven’t been back to for some time. It’s only about 15 mins drive from us but tucked out of the way. Big black clouds were rolling in and we had Richard Hawley playing in the car, ‘There’s a Storm A’Comin’, very apt: 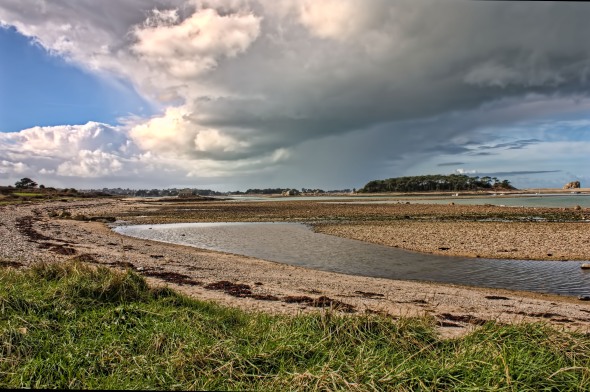 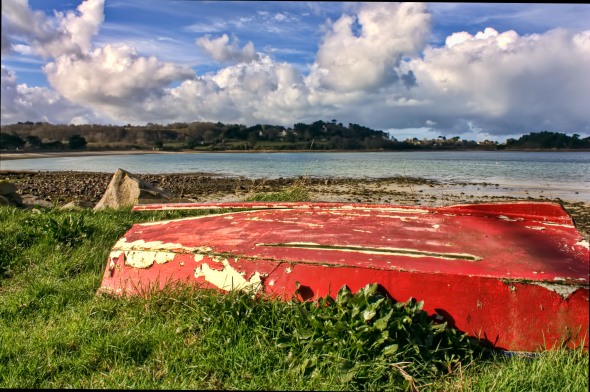 As it turned out the rain clouds missed us but we could see someone was getting it on the horizon. Pictures of Roger to follow.

The Sillon de Talbert is a natural spit of sand and shingle some 3 kilometres long. It never becomes completely submerged and is home to numerous seabirds. It is situated on our ‘Presqu’ile Sauvage’, the unspoilt peninsula only a few klms up the road. When we first arrived here and were looking for houses we stumbled upon the Sillon one Sunday afternoon. There were many people there walking their dogs, children playing and people flying kites. The national kite flying championships used to be staged here.

Yesterday l had it all to myself. Its a great place to go when you feel you really need to get away from everything and everybody and even better when there is a big high tide and the water is lapping either side of the path. You can almost imagine you are walking on water. More pics to follow over the coming months. 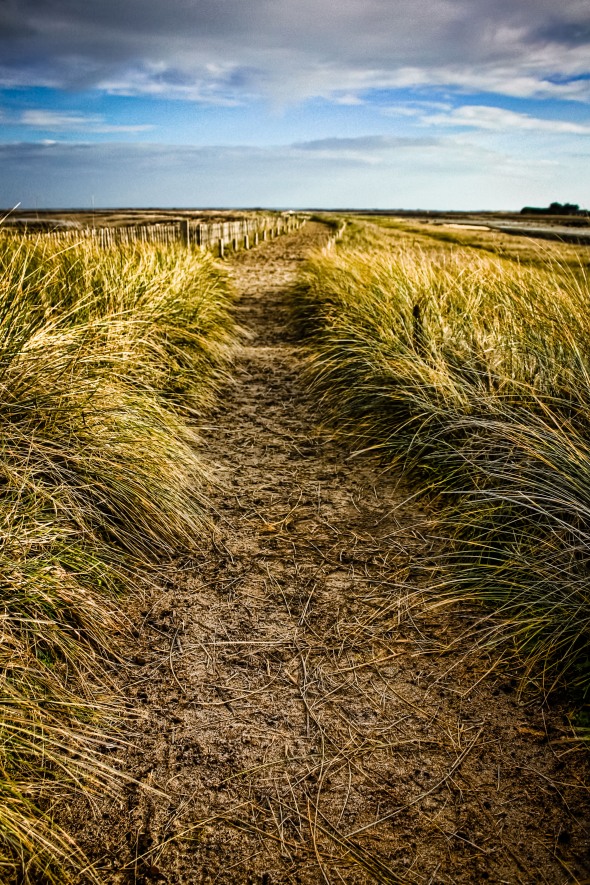 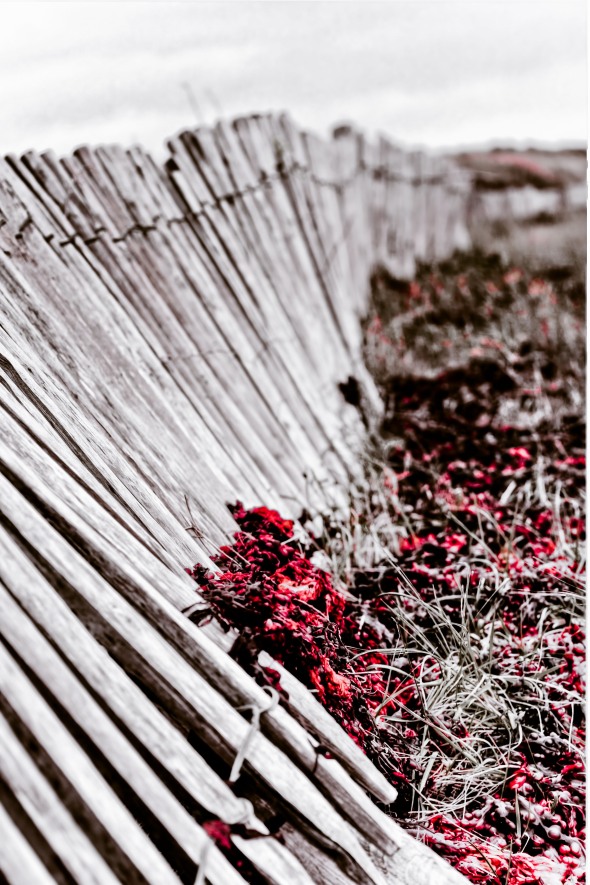 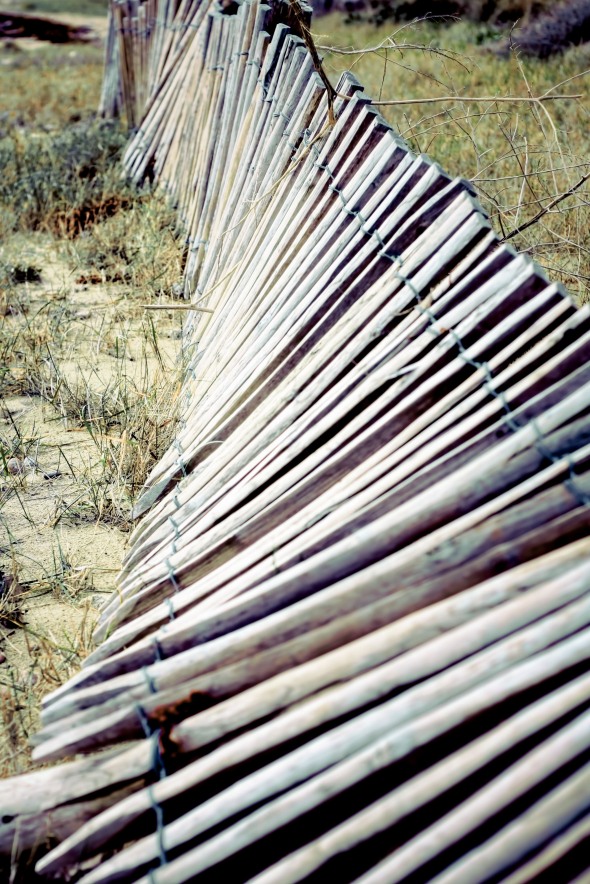 We came across these little chaps, Gloucester Old Spot’s, while we were walking with our friend, Jan, close to May Hill. They were beautiful pigs. I couldn’t rear them and kill them. They would end up as life-long pets l am sure.

Pig and His Mates

They wouldn’t stay still so it was hard to get a shot that wasn’t blurred. 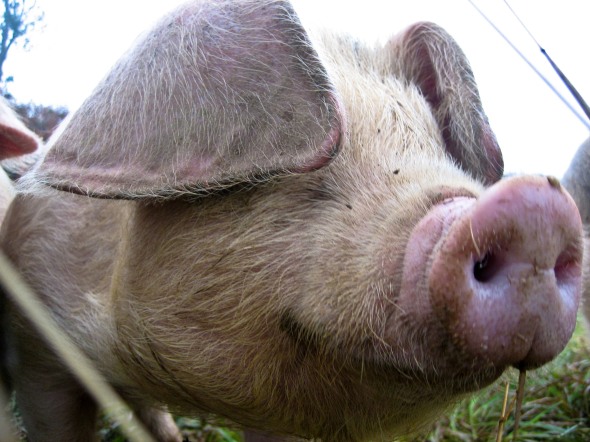 Yesterday, Christmas Eve, we took Mum out to a little village called Kersey that Jan remembered from visiting years ago. It was a typical Suffolk village hardly spoilt. We had a lovely lunch in The Bell pub next to a roaring log fire. On the way home we all sang Christmas songs and took in the snow covered fields; a real Christmas scene. Great fun. 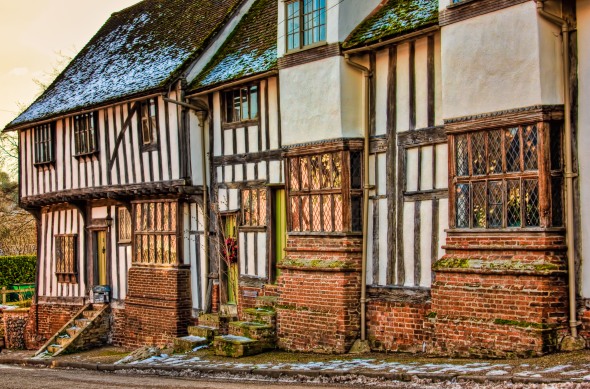 We decided to brave the snow and ice and get in the car to go to Sidmouth. The sun was about an hour from setting and the light was amazing. Today is the Winter Solstice also known as Mid- Winter’s Day or The Shortest Day. 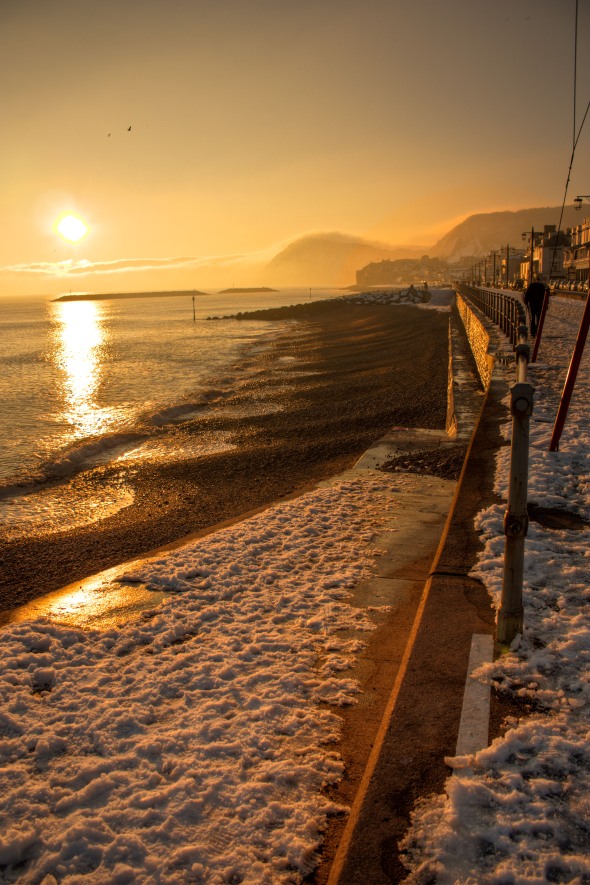 Winter Solstice, Sidmouth, Devon. The mist can be seen coming down over the cliffs in the distance.

Topsham in the Snow 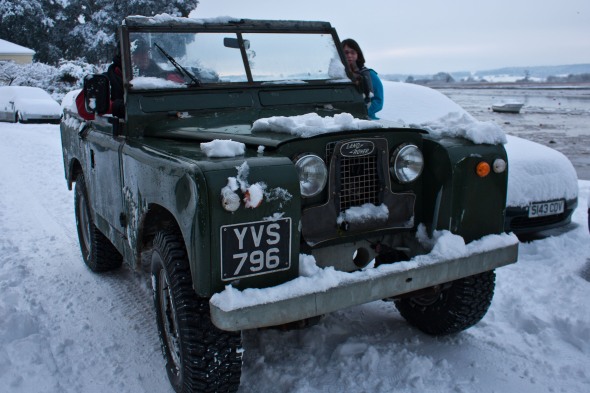 Side Road in Topsham 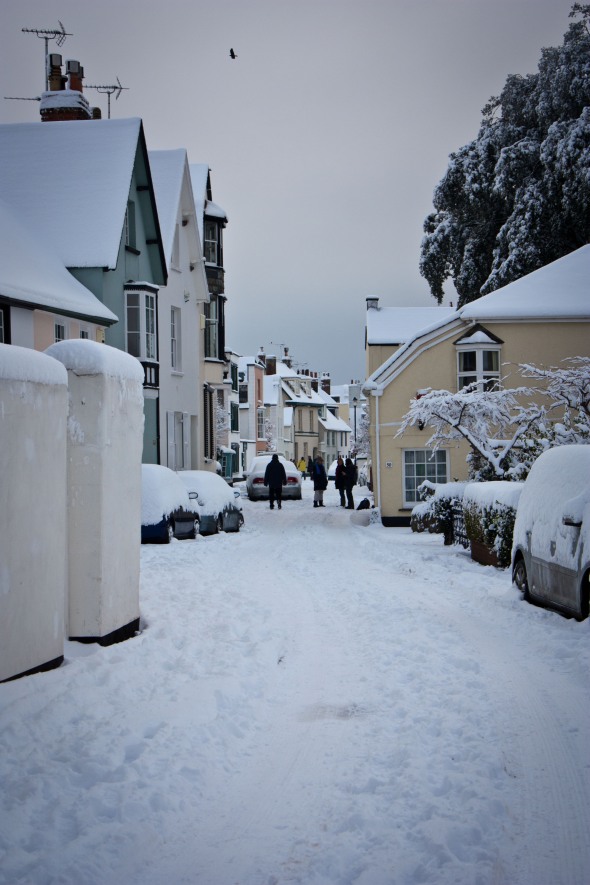 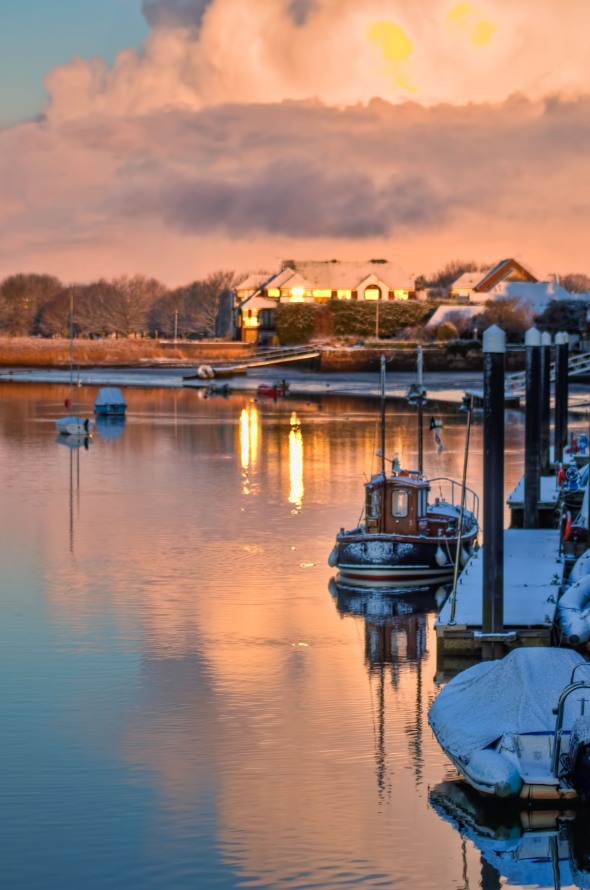 Boats on the River Exe, Topsham

The lane to my cottage

The lane to my cottage

Reach for the Sky 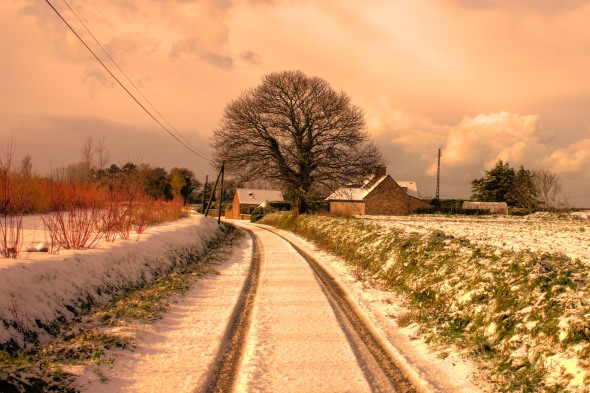 I have loved taking photographs ever since my Mum bought me my first camera when l was about 12. Since then l have used various cameras capturing day to day scenes. Over the years l have spent a small fortune at Jessops processing films so l really welcomed the arrival of digital. I now use a Canon DSLR 450D and various lens. In the past few years l have decided to take my photography more seriously. I am now slowly building up a portfolio and hope to branch out in portrait photography soon. I use Photoshop, Lightroom and Photomatix to process my images. Photography is a great road to travel and l am looking forward to what 2011 brings me.

Copyright Notice ©2011. All images contained on this website remain the property of Trevor Hunt. Images may not be reproduced, copied, or used in any way without written permission